How We Got Started

You know what they say, necessity is the mother of invention. Such was the case with the Measure Net.

Inspiration for the net came to Jeff Abel during the summer of 2000 while he was fishing the upper Green River in Wyoming. 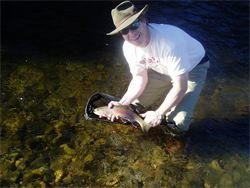 The Green is wide, and as he fished the middle of the river, he would often catch large fish that he wanted to measure. It was so cumbersome to get a measurement while holding the fish, his rod and his tape-measure, not to mention stressful on the fish, he had to wade back to shore if he wanted an accurate measurement. Or mark up his rod as many fishermen do, but he didn't want to resort to that.

After another fishing excursion on the Green, he was determined to make a prototype of a net that could measure any fish. He marked a piece of webbing at one-inch intervals with a black pen and safety-pinned it to the bottom of a landing net. The next time he went fishing he tried the net. It didn't work as planned because the webbing kept twisting up, but he knew the concept was sound.

Jeff made some better prototypes by dividing the net bag into three sections; one on each side and a middle section that had the measuring system on it. He later modified the measuring system to go from 0 at the bottom of the net bag up to 14 inches on each side of the center section. This made it much easier to measure the fish because all he had to do was add the number at the tail with the number at the head of the fish for an accurate measurement. After nine months of experimenting with different prototypes, the Measure Net was born. 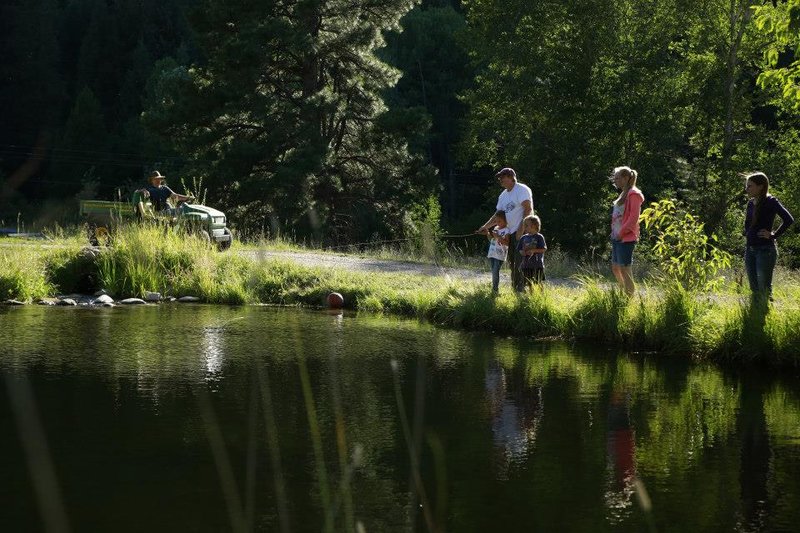 So Jeff had a net, but he needed a name. He chose “the Measure Net” because he felt it was pretty self-explanatory, and it seemed like a  good fit. Soon after, he applied for a patent, and the rest is history.

The Measure Net is available at hundreds of Fly shops and sporting goods stores across the Nation. I’m sure you’ll enjoy your Measure Net, and I’m confident that if you try one you’ll never want to use another landing net. I would love to hear your fishing reports, and please feel free to send us pictures of your fish inside The Measure Net.